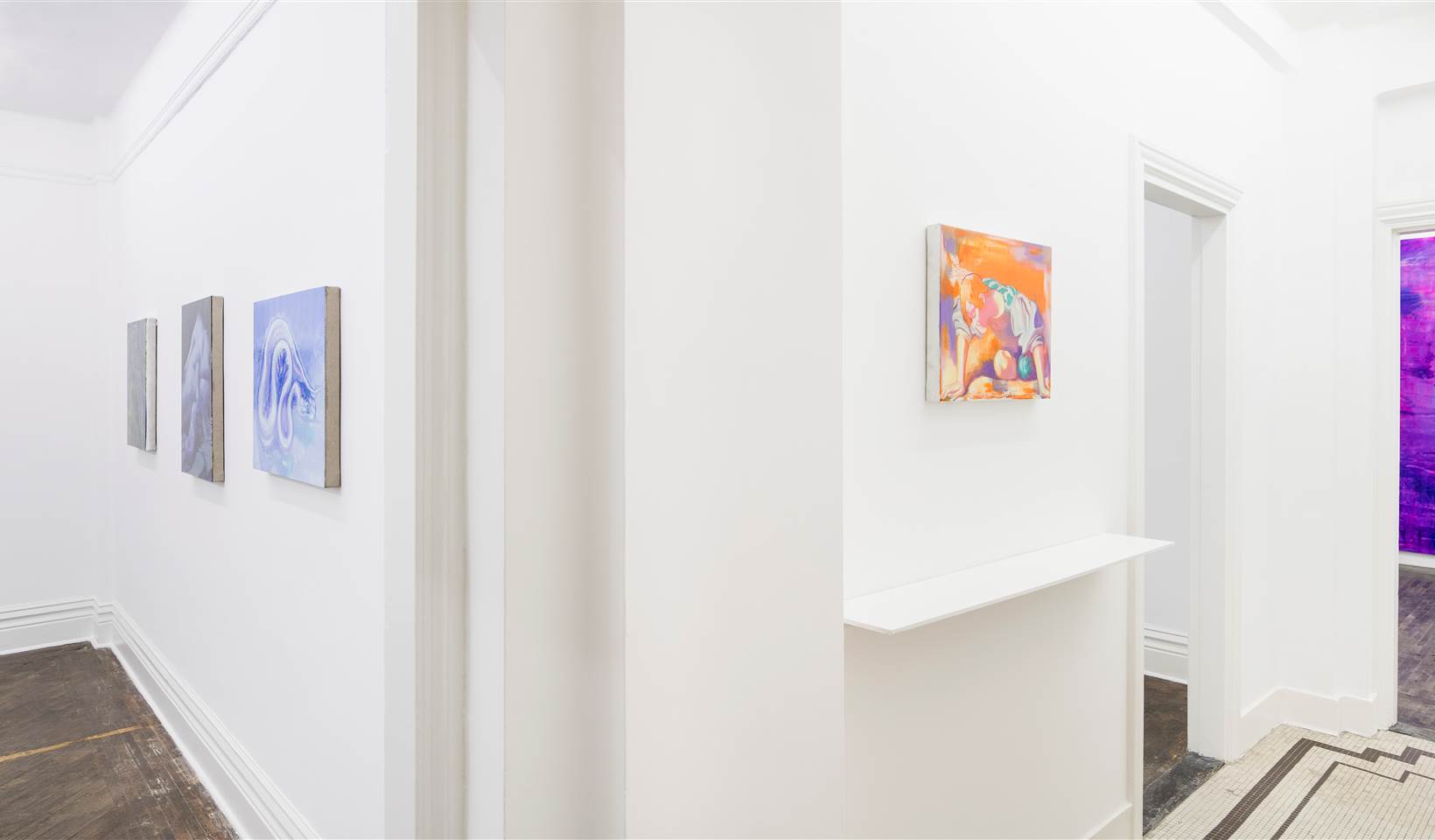 
Don Gallery is delighted to announce an exhibition by Zhang Yunyao, which will open to the public on Monday, September 7th, and will be on view until November 1st 2015. "After Evensong" will feature new works by the artist, a series of oil paintings that is less concerned with the world surrounding us but based on an inner monologue. The world of faith that is constructed by painting is thereby questioned, mocked and turned into obscurity. After painting installation and his distinctive felt paintings, this exhibition moreover constitutes an exploration of traditional painting for Zhang Yunyao.

The title "After Evensong" in this exhibition gives away a religious connotation. However, more than the act itself it is about a mood, an after state that is rather 'noisy' than silent when we look at the correspondent painting. What is painting today? There are surely more manifold forms of expression for artists to choose from nowadays. Painting being an introversive act essentially makes it very hard, in a way senseless to talk about as one can only put into words what is possible through language.

The way of image generation in Zhang Yunyao's works is crucial for each painting. In the process, images deriving from the Internet, Mediterranean myths, banal magazine shots, and poster ads, even appropriation art become again changed, twisted and dyed from their origin. Leaving style and painted object to be erratic, the artist seems to play on timelessness as well as placelessness. In Hubert Damisch’s notion of the “thought of painting” painting not only shows, it also thinks. Influenced by this idea, this series further emphasizes the self-consciousness of colour in particular; for Zhang Yunyao it is the paint that creates the figurative, and vise versa, leading on an independent existence apart from the painter. Whereas black and white shades as well as green and blue have been key tones in his former artworks, a new and intense colour dominates now both small and larger formats exuding a completely different mood.

Zhang Yunyao was born in Shanghai in 1985, where he lives and works. In 2007 he graduated from the Department of Oil Painting, Academy of Fine Arts at Shanghai Normal University. Over the past five years one-man exhibitions of the artist’s work have included “Touch Point” at 01100001 Gallery, Beijing (2013), “Mirage” at Don Gallery, Shanghai (2013) and “Paradbox – A Solo Show by Zhang Yunyao”, Don Gallery, Shanghai (2011). He participated in numerous group exhibitions at national and international institutions such as “Observer–Creator”, CAFA Art Museum, Beijing (2015) and “Existence – +Follow”, Museum of Contemporary Art, Shanghai (2013). In 2013 he was the youngest Chinese artist to be selected for Glenfiddich Artists in Residence Programme.